As I said in my previous entry, 2017 was a great year for movies. Here’s my (current) top 5 films of last year!

I’ve always held the belief that one of the most important aspects of movies is that they allow us to understand perspectives that we can never experience ourselves. They allow us to walk a mile in another person’s shoes as the clichéd adage goes. In my mind, few people are better at poking at the fringes of the American experience than Sean Baker, the director of Tangerine, and now The Florida Project. The film takes place from the point of view of Moonee, a six-year-old living with her mother in a motel just outside of Disney World. Through a combination of realism-based child-acting, and Baker’s empathetic vision, the naïve wonder of this little girl’s life is presented with the delicacy of a fairy-tale. But Moonee’s idealism is constantly threatened by the realities of poverty that plague her and her young mother Halley. The underlying tragedy lies in the seeming inevitability of Moonee and her friend’s futures. There is the looming truth that their “playing” will eventually end and that they’ll be stuck in the same situation as their parents. In a year defined by hatred and condemnation of the “other” it’s important that compassionate films like this keep getting made.

There is a grim beauty at the heart of all cyberpunk visions. The genre offers a depiction of the worst possible outcome of human achievement, tantalizing our imaginations with the sheer nightmare of it all. Ridley Scott largely defined the visual vocabulary of the genre when he adapted “Do Androids Dream of Electric Sheep”. Blade Runner’s imagery was the sort that would seer into your brain; the metal monoliths to our greed rising out of neon-lit smog clouds, the consistent flare of futuristic smoke-stacks outlining a haunting sky-line. We are quite lucky that the one to carry on that legacy was the Villeneuve and Deakins pairing, masters of capturing stark and grandiose images. Lingering scenes of irradiated hell-scapes tinged with an otherworldly orange, or the return to that iconic depiction of a futuristic Los Angeles deliver some of the most visually impressive science fiction landscapes ever conceived for the camera. Luckily 2049 not only gracefully accepts the handoff from its predecessor in the visual department, but also in terms of thematic content. This is primarily a love story, not only between two individuals, but towards humanity itself. While the first film was concerned with defining the bounds of humanity, the sequels expands on that inquiry. It depicts the innate longing for connection with others, the quest for purpose, and the desire to contribute towards the greater good.  At two and a half hours, the plot can occasionally feel as if it’s spinning off into rabbit holes, but it is always unified by that thematic cohesion. It’s enchantingly bleak and proof that there is still plenty of creativity to be found in the context of blockbuster films.

Link to my full review 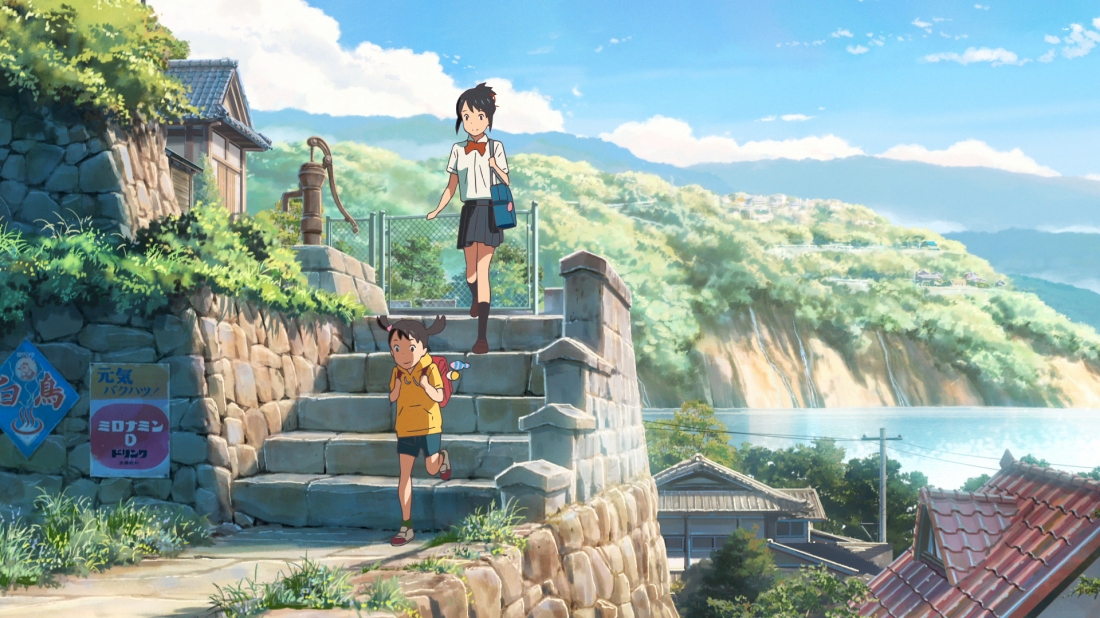 It’s always nice when films that become cultural touchstones justify their popularity by also being pretty good. Your Name is a genre blending exercise that showcases the results of great screenwriting married to stellar visual execution. While at first glance the body-swap premise may seem a little trite, through layering allusions to Eastern ideology, and frequent small references that imply the true nature of what’s happening, this seeming contrivance becomes the driving force of the narrative. Shinkai has built his career on conveying a sense of longing, and his latest continues that tradition. Where this story differs from the rest of his oeuvre, is that that sense of longing is much more effectively conveyed. Taki and Mitsuha feel stuck in that particular adolescent rut of being on the precipice of the rest of their lives. They both seem to want what the other has, and only through experiencing the complexities of their counterpart’s lives are they able to understand the simplicity of their assumptions. As a whole, Your Name works as a charming rom-com, and also a compelling thriller, seamlessly threading between its two halves with a properly telegraphed twist. It’s rare that we get a piece of animation that is simultaneously so gorgeously realized and so well-written. If only Shinkai saw it that way.

The more I think about Dunkirk, the more surprised I am that it was made. Here we have a multi-million dollar film that feels like it has more in common with Tarkovsky than its Saving Private Ryan inspired contemporaries. It speaks to Nolan’s cache as a director that he was allowed to create an exceedingly expensive movie with very little dialogue, and few big name actors attached. From its harrowing open, to the culmination of the greatest evacuation in history, we are given a work that exemplifies the mantra “Show, don’t tell”. Instead of inspirational speeches given at the base of landing grounds by a battle hardened Sergeant , we are instead assaulted with the visages of terrified young soldiers waiting to die. The performances are raw, understated things which seek to eliminate the filmic veneer of what we’re witnessing. While there are certainty moments of heroism, the focus is more on pure survivalism. These men communicate with grunts and glances, barely containing their bubbling fear as the noose tightening around their necks. Tom Hardy conveys more with his eyes than many actors can with their entire bodies. Hoyte Van Hoytoma’s cinematography captures the tension of combat without the traditional bombast, the staccato of gunfire, or the crash of bombs cutting through the monotony of waiting. Instead of frantic editing and shaky cams, we have deliberate shots of soldiers burying their heads into the sand as a German bomber circles overhead. Zimmer’s score forms a discordant assault of unsettling strings, using Shepherd’s Tone to constantly ratchet up the tension. With the Netflix and other streaming options encroaching upon the traditional movie-going experience, Nolan has delivered a film that simultaneously justifies the silver screen, and conveys the strength of the medium as a whole.

Link to my full review

The incredible contradiction at the heart of Lady Bird is that it feels both specific and universal. Coming of age is a well-worn genre, which has produced hundreds of similarly structured stories. Certain moments can be found in almost all of these tales; the idyllic beginnings of the first relationship, attempts at becoming popular,  reaching self-acceptance, and so-on. While Lady Bird has many of these moments, it feels distinct because the events it depicts feel truly lived, instead of idealized nostalgia. A great example of this is the roller-coaster of her first breakup, which is delivered in a near-montage. It documents the various lows on the path to recovery with an empathetic warmth, while also acknowledging emotional distance provided by the passage of time. This sequence is a microcosm for the entire experience of watching Lady Bird, it summarizes these defining moments in with a caring touch than transcends expectations. Certain lines have such degrees of emotional truth, that I find them still rattling around in my brain. There are pangs of authenticity in the ridiculousness of our lead, charmingly played by Saoirse Ronan, and her quest to differentiate herself from the alleged drones of Sacramento. While few can claim to having been as eccentric as Lady Bird, each scene places us in her head space in a way that conjures similar experiences in our own pasts. Each character that pops up into the story, however briefly, feels the full breadth of Greta’s sympathetic recollection. For the most part, these people never feel judged, and their pain is weighted equally as that of our lead. These loving vignettes are tied together through the depiction of the tumultuous relationship between Lady Bird and her mother, played by Lauri Metcalf. It’s a fiery and ambiguous relationship, conveying the love that lies at the heart of the emotional trauma. For Greta to have made her directorial debut with such a deeply affecting and thoroughly funny picture was among the most pleasant surprises of 2017.